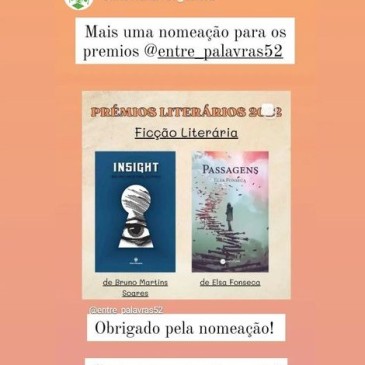 The Portuguese version of INSIGHT was nominated for the 2022 Literary Prize by the website Entre Palavras, in the category of Literary Fiction. You can all vote through this link.

As announced, Bruno was present at the Belém Bookfair (Feira do Livro de Belém), promoted by President of Portugal Marcelo Rebelo de Sousa on the gardens of his official resident in Belém, Lisbon. Bruno was there to sign a few books on a lovely Spring day.

A new Role-Playing Game based on the DARK SEA WAR CHRONICLES, and authored by Sérgio Mascarenhas, was premiered this Saturday at Festival Contacto with Bruno serving as Game Master for the session. The game, called Desfile para a Morte (Parade to Death), is a Role-Playing scenario for 3-4 players, happening in the Pirate city of … END_OF_DOCUMENT_TOKEN_TO_BE_REPLACED

The Portuguese version of INSIGHT was launched at Festival Contacto, in Biblioteca de Marvila, Lisbon, on Sunday, 29. He was presented by influencer Cristina Alves, one of the organizers of the fantastic Festival. Carolina Sousa, of Editorial Divergência, represented the publisher of this psychological thriller and showed the enthusiasm that was surrounding the book. Bruno … END_OF_DOCUMENT_TOKEN_TO_BE_REPLACED

Bruno’s interview with Tricia Copeland for Finding the Magic is now on YouTube. 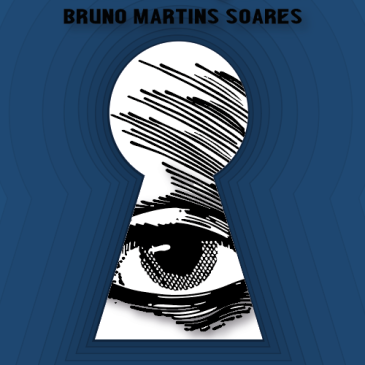 Bruno will be book-signing at the Belém Book Fair in Lisbon on Sunday, June 5, at 3 p.m., following the upcoming launch of the Portuguese version of INSIGHT.

Bruno gave another interview to Bill Bush Author’s Page. You can read it here.

Bruno was interviewed by Tricia Copeland for her podcast Finding the Magic. You can hear it here:

The Portuguese version of INSIGHT, published by Editorial Divergência, will be launched on May 29, at 3 pm, at the Contacto Festival in Biblioteca de Marvila in Lisbon, Portugal. Contacto is a literary festival dedicated to Scifi and Fantasy, promoted by publisher Imaginauta. The Portuguese version of INSIGHT is already in pre-order online, on bookstores … END_OF_DOCUMENT_TOKEN_TO_BE_REPLACED